Mindekirken was founded in 1922 in honor of Norwegian immigration to the United States!

Pastor, Anne Brit Aasland, was born in Stavanger, Norway and has served Mindekirken 2019 until 2021.

Please check back for updates, as well as recordings of past presentations that you can view if you were unable to tune-in at the posted time.

The program provides an opportunity for fellowship, a time for devotions, and a time to share happenings at Mindekirken with the participants.  Participants are welcome from all over to meet with persons interested in Norwegian and/or Scandinavian culture and heritage.

Tuesday Open House is an outreach ministry.  Each program is opened with announcements and a brief devotion read by a volunteer.

(no eating; mask wearing is required while in the church building)

Topic: A Walk Through Mindekirken’s History.
Come take a walk through our history through the eyes of painter and past member Kari Fosse and her paintings in the 2022 Mindekirken Centennial Calendar.

Donation at the door. 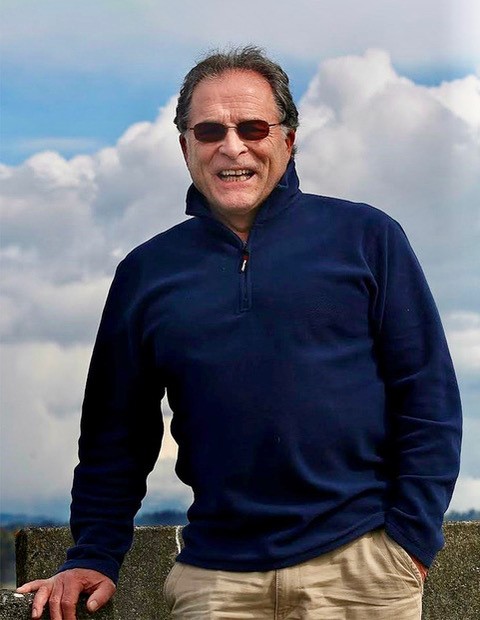 Topic: Sometimes We Need to Go on a Journey to Find Our Home --  See the recording on Mindekirken's YouTube channel: https://www.youtube.com/channel/UClz9J1SIqsIi_KYgzdXdHAg

Dave Ellingson has taught courses in spirituality, environmental ethics, human development, and youth ministry at Trinity Lutheran College in Everett, WA. He is a Luther College graduate, a Lutheran pastor, Master Gardner, former distance runner and triathlete, is married and the father of five grown children. He resides in Edmonds, Washington.

Dave will share his video “Coming Home” chronicling a month-long paddle adventure on the Sogne and Hardanger fjords in Norway, where his ancestors emigrated from in the 1850s to start a new life in America. His narrative provides daily accounts of those experiences and their significance which are a reflection of his Norwegian ancestry. Wonderful photography captures the journey. For more information, go to
paddle-pilgrim.com 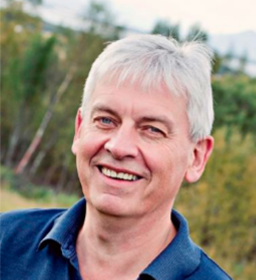 Tuesday, October 5      (no video is available -- visit www.norwayhouse.org for information on the Sylvsmidja exhibit)

Topic: Sylvsmidja (pronounced “sool smia) is the largest producer of silver for the Norwegian National costume — the bunad.  It was founded in 19

40 and has 65 employees.  In addition to bunad silver, they also produce a jewelry line that is rooted in the Norwegian traditions and nature.  The exhibit at Norway House features their Bunad Silver, the history of the bunad and the history of Sylvsmidja.

This program is offered in cooperation with the Gallery at Norway House. A VIDEO PRESENTATION RELATED TO THE EXHIBIT AT NORWAY HOUSE
To make an appointment for an in-person visit to view the exhibit at Norway House, please contact: This email address is being protected from spambots. You need JavaScript enabled to view it.

Topic: Every Care That Love or Skill Could Suggest . .  Pandemic in 1918 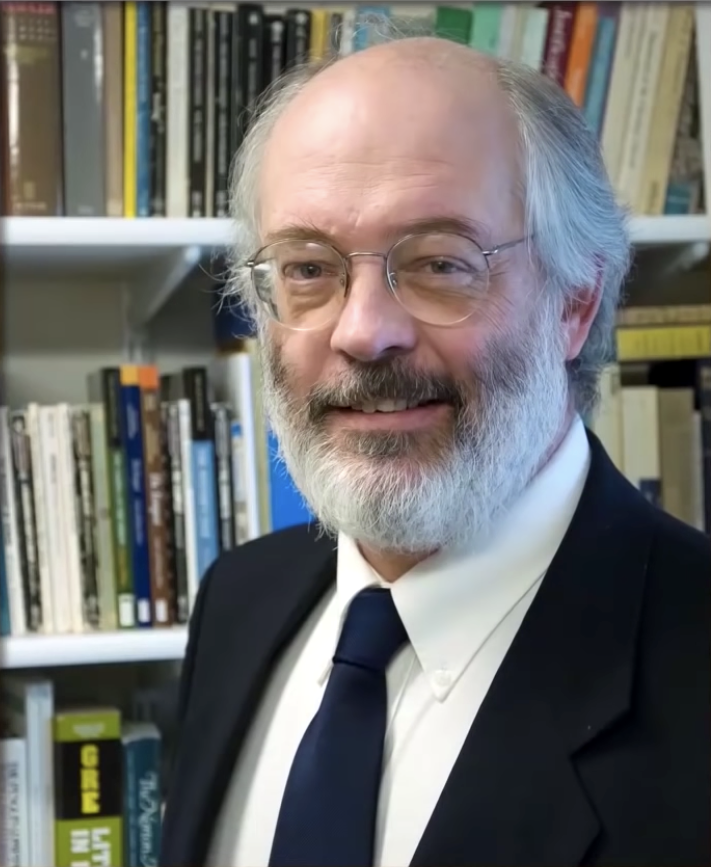 In previous talks at Mindekirken, Dr. Moe has told the stories of noteworthy Norwegian-Americans.  This year he will tell another kind of story, about a virtually unknown branch of his own family that was already reeling from tragedy (a suicide) when the 1918 pandemic struck.  It is a story deeply woven into the Midwestern Norwegian-American experience, and strikingly resonant today.

Dr. Lawrence Moe was educated at the University of Minnesota:  PhD (medieval literature and language, supporting program in Scandinavian studies).  Over a 40-year academic career, he taught at the U of MN and at Metropolitan State U.  He also served as department chair, academic affairs coordinator, graduate program director, faculty union president, and associate dean.  Upon his retirement in 2020, he was named Professor Emeritus.  Dr. Moe remains active as a researcher, writer, and speaker.  His interests include poetry, cultural history, and Norwegian-American studies.

Pr. Blom will focus on his work with "Water to Thrive" in Africa

In his 40 years of ordained ministry, Phil has served a rural four-point Lutheran/Presbyterian parish amongst several other calls. Phil also served as a military chaplain in the USAF Reserves; teaching Core Values for Leadership at the U.S. Air Force Academy.
Phil has earned the nickname:  “Disaster Pastor.” Personally enduring the floods of ’97 in Grand Forks; after 9/11 called to serve as the Crisis Action Team Chaplain at the Pentagon, Washington DC; after Hurricane Katrina serving the Gulf Coast recovery effort; followed by other disasters: i.e. Duluth Flood 2012; tornado, New London WI  2013, Colorado flood 2013, tornado, Washington IL, 2013, and more.

Blom’s motivation and inspiration came from 3 John 2: “Beloved, I pray that all may go well with you and you may have good health just as it is well with your soul.” Instead of retired (which means “tired twice”) Phil prefers to say “ReInspired!" (Inspired for what comes next).  Pr. Blom consults with congregations and synods for renewal, vision and mission. 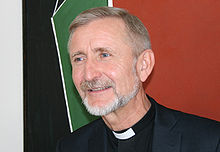 Speaker:  Pr. Erling Pettersen, retired Bishop of Stavanger
Topic:  The Church of Norway’s response and involvement in follow up after the attack on the government center in Oslo and shooting massacre of July 22, 2011 at the Youth camp at Utøya.     Pr. Petterson spoke over Zoom from Norway

Find July 13th's TOH Program about touring the land of Saint Olav by clicking the archive button at the bottom of this page. 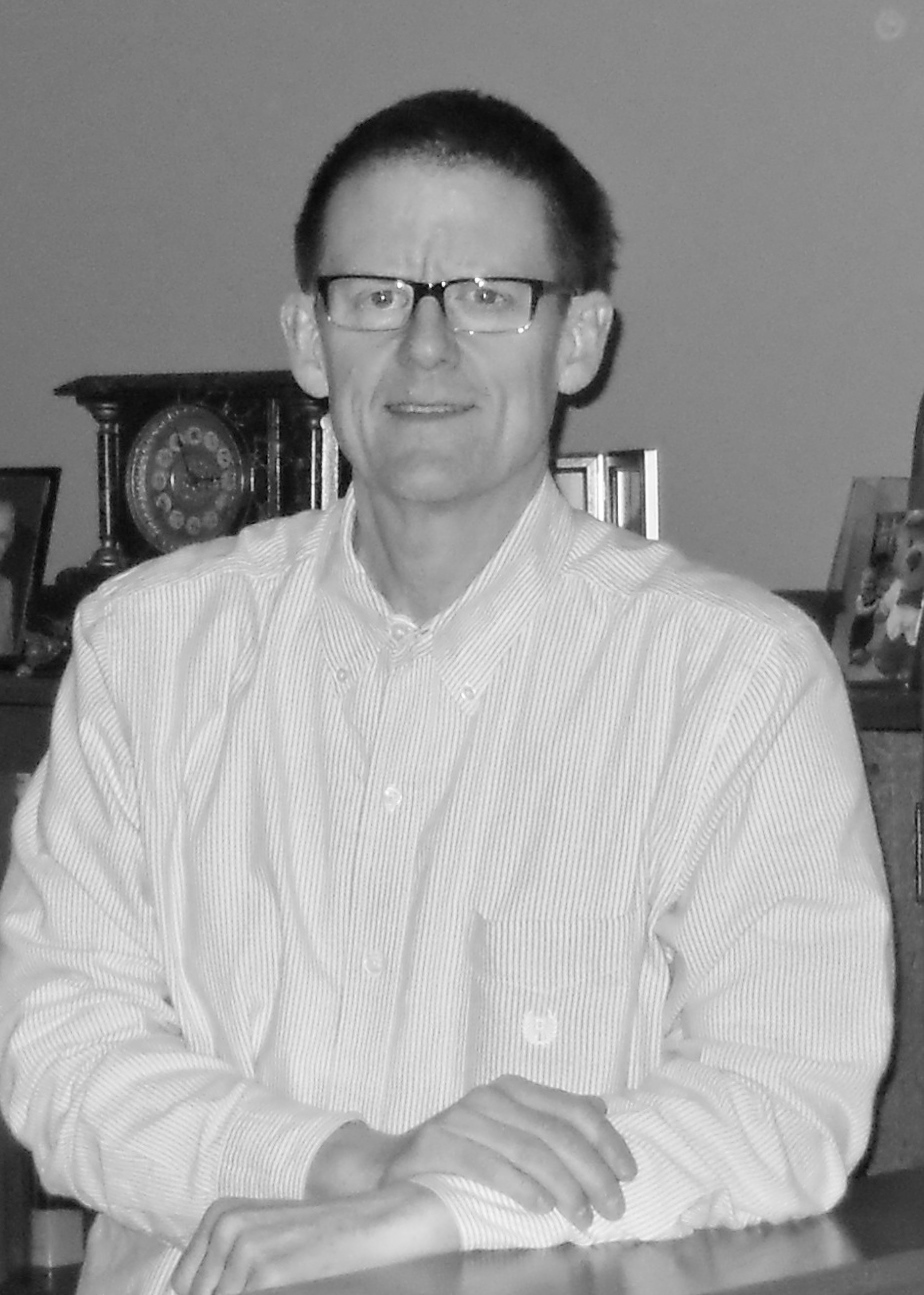 The United States Flag is an important, perhaps, the most important, symbol of our identity and national pride. The history of the Flag reflects the history of our Nation itself. Join us to hear that story.

Historical presenter
David Jones is a resident of Minneapolis and a native of St. Peter, MN. He graduated from Gustavus Adolphus College and spent 24 years in the financial services industry and three years in the nonprofit sector. David Jones has spoken at Tuesday Open House twice before, on the topics of Prohibition, and the Statue of Liberty.

Octogenarian, cross-country cyclist, and motivational speaker Lin Bruce shares her late-blooming, against-the-odds, cross-country cyclist story.  At 60 years old she went from cycling across town to cycling across the continent.  In the decades since, she's biked 30,000 trip miles.  Her presentation combines storytelling with an occasional song to entertain and inspire her audiences. 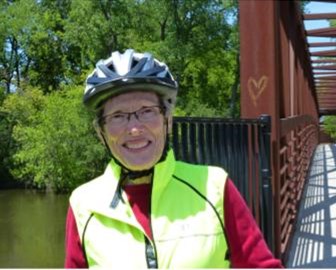 Lin Bruce is a late blooming cross-country bicyclist, whose first transcontinental ride was in honor of her 60th birthday in 1999.  Using stories of her bicycle adventures as a metaphor for "reaching bigger" in one's life, Lin encourages people of any age to reach beyond perceived limitations, "stretching for ways to bring more life to your days".  When Lin went from biking across town to biking across the country, she shifted the scope of her dreams, discovering "the next adventure" expands one's sense of possibility. With stories and an occasional song, Lin encourages her audiences to keep "engaging while aging". 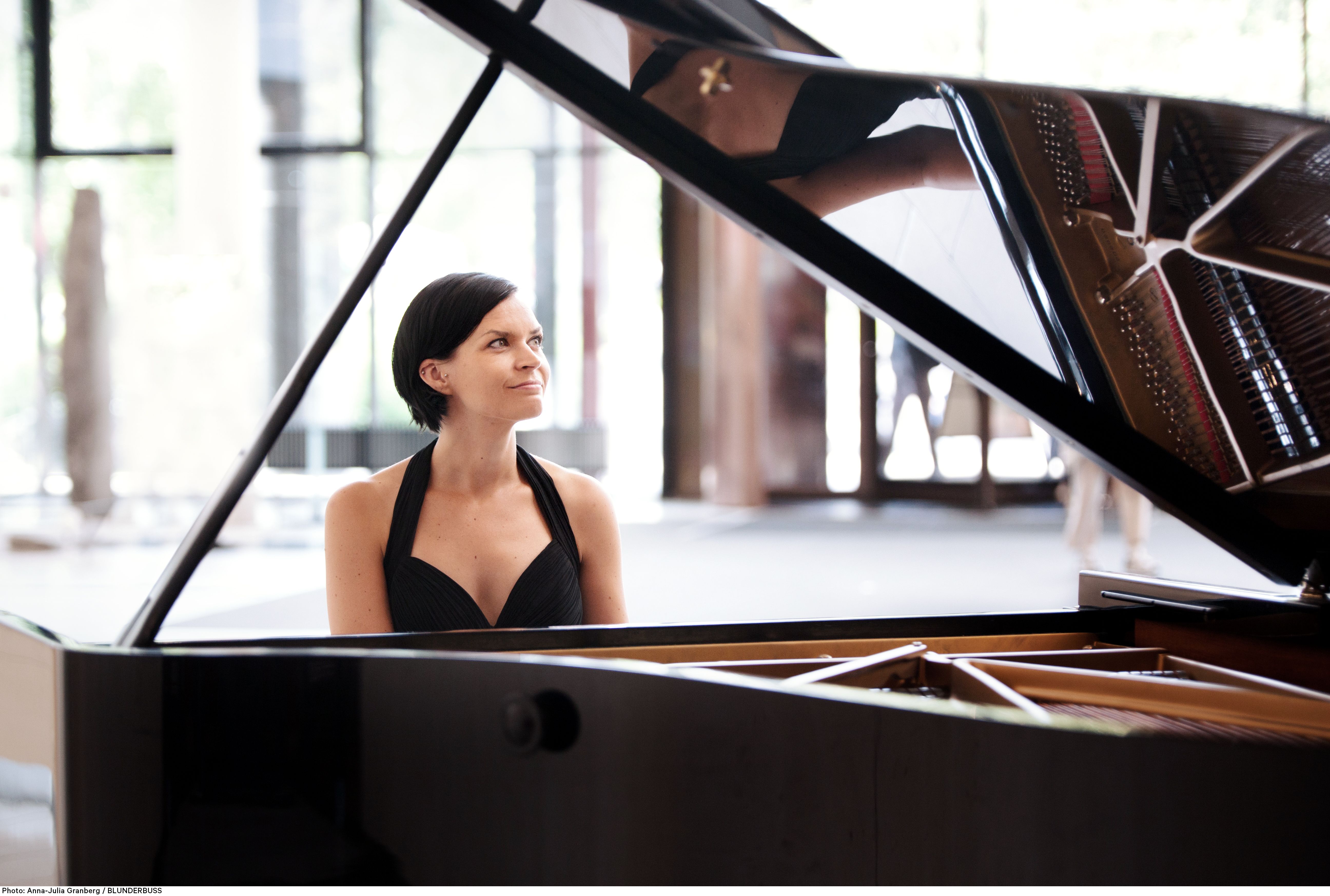 Certainly Hans Nielsen Hauge had an important influence on religious life in Norway in the early nineteenth century. His preaching and revivals were as influential as they were also deeply controversial.  But very consciously, Hauge did not form a new church, and urged his followers not to do so.  He also did not travel outside of Norway very often, and his contacts with Christians in other countries were limited. Hauge’s writings were important in Norway, but less so elsewhere.  But it can be argued that Hauge had a large influence in Christianity around the world, especially through the work of those whom he inspired.  This session looks at the influence of Hauge beyond Norway, and see how his disciples brought his religious principles to the wider world.

Tuesday, April 13, 2021   Visit with some of Mindekirken's Former Pastors

The program on April 13 at 11 am is very special appearance of 8 of the former Mindekirken pastors who are now in Norway, together with Pastor Anne Brit Aasland in Minnesota. We will hear a little from them all. Participating: Harry Cleven, Bjørn Sørensen, Gunnar Kristiansen, Ole Amund Gillebo, Jens Dale, Per Inge Vik, Kristin Sundt, Jorunn Raddum. These pastors have been invited to talk about different topics, ca. 5 minutes each. They may talk about themselves and their families, about the Church they are in now, about their time in Mindekirken and one will even mention TOH! Velkommen!

Tuesday, March 9, 2021
Rev. Trond Bakkevig, will talk about: “Can Religion Contribute to Peace in the Holy Land - and in the wider Middle East? And, Can Norway Have a Role in such Efforts?”

Bakkevig is a retired (“rural”) dean of Vestre Aker, Diocese of Oslo, in the Church of Norway. He has his Doctorate from the University of Oslo on theology and nuclear arms. Since 1996 he facilitated dialogue between Jews, Christians and Muslims in the Holy Land. Trond Bakkevig lives in Oslo with his wife Inger Anne Naterstad. 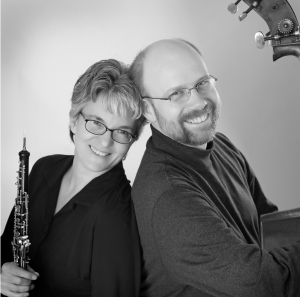 Norway has a living folk tradition of music and stories that permeates the culture and continues
to influence new art works. We will share stories and play some traditional folk tunes and national songs, including music of Grieg, Nordråk, and some current composers influenced by Norwegian music and folktales. We will provide song lyrics and encourage participants to sing along exuberantly from the privacy of their own homes!

OboeBass! is Carrie Vecchione, oboe, and Rolf Erdahl, double bass. They last appeared on the Mindekirken TOH series Feb. 5, 2019 in a program about the life and music of Edvard Grieg. Rolf Erdahl was awarded Fulbright and American/Scandinavian Foundation grants for research in Bergen, Norway that culminated in his Peabody Conservatory Doctoral Dissertation on the string music of Grieg. While in Norway, Rolf also played bass with the Bergen Filharmoniske Orkester, Harmonien. Harmonien is one of the oldest orchestras in the world, and Grieg conducted it for two seasons. 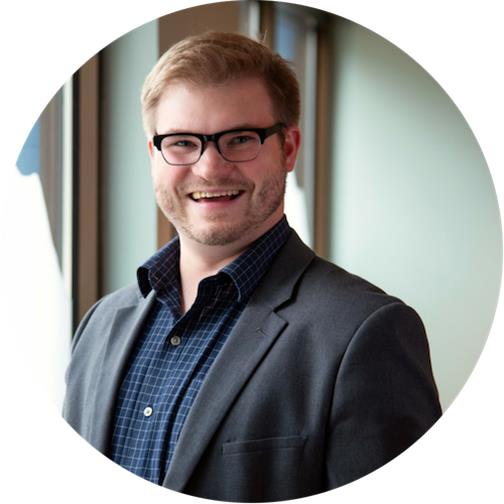 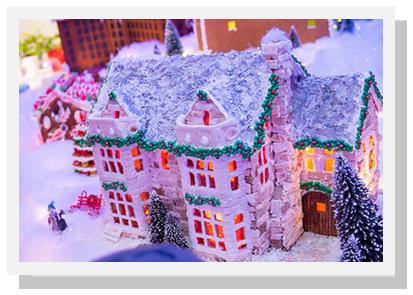 “I visited Norway the first time in 1964, when I was 8 years old, visiting relatives in Valdres and Oslo with my parents. I have gone back to Norway as a military chaplain, a software designer, and as a pastor - 13 times altogether. And, of course, I have had the wonderful privilege of serving as interim pastor at Mindekirken in Minneapolis! Here I will share the story of all my Norwegian adventures.”